In January 2018, the Schuman Centre together with colleagues from a very strong consortium of scholars launched a three-year H2020 project on Integrating Diversity in the European Union (InDivEU). 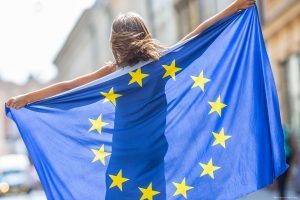 The key concept is Differentiated Integration (DI), which refers to individual countries (both EU members and non-members) having different levels of involvement in particular policy fields, as well as different degrees of institutional engagement and participation.In-depth scholarly analysis of Differentiated Integration could not be more timely. Brexit has brought the difference between internal and external differentiation sharply into focus. As a member state, the United Kingdom opted out of policy fields that related to core state power such as the euro and Schengen. However, its decision to leave the EU transformed the UK into a third country in the making, and as the Brexit negotiations progressed it became clearer that it was far easier to achieve opt-outs as a member state than opt-ins as a third country.

The EU has a range of differentiated relationships with countries on its borders. Brexit has had implications for other non-member states, notably Switzerland. Although the Swiss-EU negotiations began before, the Brexit referendum has altered the context within which the future relationship will play out. Members of the European Economic Area (EEA) are also paying considerable attention to the potential impact of Brexit on their relationship with the Union.

InDivEU’s comprehensive research programme will enable us to develop scenarios for policy makers on the future use of DI. Whenever there is a debate on the Future of Europe, discussion of DI forms part of the agenda. How much DI should or could the EU countenance in the next phase of integration?

There are no upcoming events.